Skip to main content
The return of British coal?

Just when it looked like UK coal might be phased out, a company in Cumbria is trying to give it a long-term future – undermining urgent efforts to tackle climate disruption. Dr Stuart Parkinson, SGR, argues for a halt to the proposed project.

In 2018, the proportion of UK electricity generated from coal fell to 5% – its lowest level since records began in 1850. [1] This helped bring about a large fall in UK carbon dioxide emissions. Current trends indicate that the government’s target of reducing coal use for electricity to zero by 2025 is likely to be met. These are all important milestones in the struggle to tackle climate change.

But coal is not just burned for electricity generation, it also has a number of industrial uses including the manufacture of iron, steel and cement. And it is these applications that are being used as justification for a new coal mine in Cumbria. West Cumbria Mining Ltd are proposing to excavate a new coal mine that, at full production, would extract approximately 2.8 million tonnes of coal per year. Nearly 90% of the coal is intended for the iron and steel industry, with the rest likely to be used for cement manufacture. [2] Such uses of this coal would lead to emissions of over 9 million tonnes of carbon dioxide equivalent for every year it is in operation. [3] (This estimate includes both direct emissions from coal use in the industrial processes and indirect emissions from, for example, transportation.) This amount is similar to the annual emissions of over 1 million British citizens. [4] The life-span of the mine is intended to be 50 years. [5]

The most recent report of the IPCC – Global Warming of 1.5C – highlighted our vulnerabilities even to relatively modest levels of climate change. [6] The report showed that efforts to reduce carbon pollution need to be stepped up rapidly, with approximately a decade left for the world to take transformative action. This action would need to include major changes in the iron, steel and cement industries. [7]

The justifications that the proposers give for the mine on climate grounds can be summarised as: (a) coal from this mine would replace coal sourced from further afield thus reducing transport-related emissions; (b) the coal-based blast furnace is the world’s main steel production technology and this is unlikely to change; and (c) global steel production is projected to continue to increase.

The claim that coal from this mine would ‘save’ some carbon pollution because it could, for example, offset US or Australian coal being transported to Europe is speculative and probably misleading. By increasing international supply, this mine would help depress coal prices – and thus it would actually be more likely to increase coal use internationally.

The argument that the Cumbrian coal would simply be used in industrial processes that are unlikely to change much is also flawed. For example, electric arc furnaces (EAFs) have particular environmental benefits over coal-fired blast furnaces for the recycling of steel, if the source of electricity is lower carbon, as in the UK. And a rapid shift to that technology would be slowed by a new source of coal coming to market. Other low-carbon steel production technologies under development would also be undermined in this way.

The continued growth of steel production is also highly questionable. If carbon reduction programmes consistent with a global temperature change target of 1.5C are implemented, then a move to a ‘circular economy’ would also need to become the norm. This would mean a marked increase in iron and steel recycling rates – as melting scrap requires much less energy than using virgin iron ore – and also much greater use of long-lived products made from lower carbon materials. [8]

A lack of leadership from the UK government and steel industry has meant that Britain is not a leader in steel production using low carbon processes. In 2017, only 20% of UK steel was produced in EAFs – against an EU average of 40% – while 9 million tonnes of scrap steel were exported for recycling overseas. [9] Such a situation opens the door to high pollution projects like the Cumbrian coal mine – when the county could be looking to sectors like renewable energy, forestry and tourism for its future.

If this project goes ahead, it would represent a failure of industry – from local mining companies to national steel manufacturers – and a failure of government – from local up to national level. We need to do so much better if we are to prevent the extreme weather events that come with climate disruption.

Dr Stuart Parkinson is Executive Director of Scientists for Global Responsibility. He holds a PhD in climate change science, and has researched and written widely on climate and energy issues.

The Development Control and Regulation Committee (DCRC) of Cumbria County Council voted unanimously to give planning permission to the part of the project under its jurisdiction on 19 March 2019, despite the objections of many organisations including SGR. The proposed project now moves to the next step in the planning process.
---------

SGR has sent a letter to the Ministry of Housing, Communities and Local Government, asking for the DCRC decision to be 'called in' by the Minister responsible, due to flaws in the case presented by planning officers.

[3] The application states that a total of nearly 2.8 million tonnes of coal would be extracted per year during the main production phase (which is due to start in the fifth year after the coal mine opens). Nearly 90% would be metallurgical coal used for steel production. Each tonne of metallurgical coal emits approximately 3 tonnes of carbon dioxide (CO2) during its use. The unit emissions of thermal coal are slightly lower. Hence the industrial use of the coal from this mine would lead to emissions of about 8.3 million tonnes of CO2 each year. Indirect emissions – including fugitive methane emissions and transportation – would add approximately 1.2 million tonnes to this figure. Capture of some of the methane emissions would reduce the latter figure somewhat. Emission factors can be found in: Department for Business, Energy and Industrial Strategy (2018). 2018 Government GHG Conversion Factors for Company Reporting. https://www.gov.uk/government/publications/greenhouse-gas-reporting-conversion-factors-2018

[4] The latest figures for UK emissions per head of population are 8.1 tCO2e – on a production basis, including UK land-use change and international transport. This was calculated using national greenhouse gas statistics - Department for Business, Energy and Industrial Strategy (2019). Final UK greenhouse gas emissions national statistics: 1990-2017. https://www.gov.uk/government/statistics/final-uk-greenhouse-gas-emissions-national-statistics-1990-2017 - and UK population estimates from the Worldometers website (which is itself extrapolated from official national statistics) - http://www.worldometers.info/world-population/uk-population/ 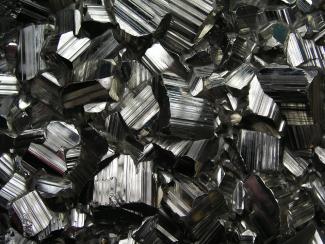