2017 was the year when the issue of nuclear weapons climbed back to the top of the political and public agendas. On the one hand, the increasingly tense stand-off between North Korea and the USA has arguably brought the world closer to nuclear conflict than at any time since the end of the Cold War. On the other hand, the resurgence of the anti-nuclear movement, led by the International Campaign to Abolish Nuclear Weapons (ICAN), has resulted in the agreement of the first UN treaty explicitly banning these weapons of mass destruction.

The threat from Kim Jong-un and Donald Trump

North Korea conducted its first nuclear weapons test explosion in 2006, breaching an international moratorium on such activities. Since then, it has conducted five more, with the latest in September 2017. This test was thought to be of a thermonuclear or ‘hydrogen bomb’ – a weapon which uses a combination of nuclear fission and fusion to produce a much more powerful explosion. [1]

In tandem with the nuclear tests, the North Korean military has also been developing and testing ‘strategic’ missiles, i.e. those designed to launch a large payload more than 300 km. The number of such missile tests has been growing over the last decade with 14 successful tests carried out in 2017. Two of these missiles were, for the first time, thought to have had an intercontinental range and therefore be capable – in theory – of hitting the US mainland.[2]

US President Trump has responded to these developments with increasingly vitriolic rhetoric, including threatening “to totally destroy North Korea” if he considered it necessary. The US and South Korea have stepped up their joint military exercises, including flying nuclear-capable bombers to the edge of North Korean airspace.[3] UN sanctions against North Korea have also been markedly tightened, with oil exports targeted for the first time. Although there have very recently been moves by both sides to reduce tensions – for example, joint Korean activities at the Winter Olympics in South Korea – the possibility of conflict, whether by intention or miscalculation, remains all too real.

But it is important to realise there is no clear evidence that North Korea has to date deployed any nuclear warheads on their strategic missiles – or indeed has miniaturised them sufficiently to do so. The USA meanwhile currently deploys approximately 1,800 warheads on strategic missiles, bombers and submarines, with about 2,200 more ‘in reserve’, and a further 2,800 retired but not yet dismantled – an overall total of about 6,800 nuclear weapons. [4]

The North Korean government justifies its actions by claiming the need for ‘nuclear deterrence’ to keep the country safe from military attack – exactly the argument used by other nuclear weapons states, including the USA. But the words and actions of the Trump administration demonstrate that they seem to doubt that even their huge nuclear arsenal is sufficient to deter North Korea. Such behaviour highlights basic flaws in the policy of nuclear deterrence.

The need to negotiate a way out of this increasingly dangerous stand-off – and to end the nuclear arms build-up that is accelerating in other parts of the world – seems very clear.

The increasing threat of nuclear war on the Korean peninsula has spurred a very different reaction from elsewhere in the world. In 2007, anti-nuclear activists set up the International Campaign to Abolish Nuclear Weapons (ICAN) to re-energise stalled efforts at banning and eliminating these weapons of mass destruction. [5] (SGR quickly became an active supporter, and remains so). Gathering support from sympathetic non-nuclear weapons states, notably Austria, Brazil, Costa Rica, Ireland, Mexico and South Africa, ICAN engaged a new generation of activists focusing on the ‘humanitarian impacts’ that the use of any nuclear weapon would have, even on countries not targeted by them. This campaign culminated, in July 2017, in the agreement by 122 nations of the Treaty on the Prohibition of Nuclear Weapons (TPNW). It became the first UN treaty to ban nuclear weapons outright, and prohibits development, testing, manufacture, possession, transfer, deployment, and threat of use, as well as actual use. Crucially, it also bans assistance, which includes financing. [6]

Although the nuclear weapons nations, and their supporters in military alliances such as NATO, have so far rejected the treaty, the TPNW is a critical step. Supporters point to the crucial role that similar UN treaties – such as those on chemical weapons or landmines – have had in pressurising even non-signatories to first reduce the numbers of weapons deployed and then, in many cases, actually joining the ban. In recognition of the importance of this advance, ICAN was awarded the 2017 Nobel Peace Prize (see photo left). [7]

The next step is to convince at least 50 nations to ratify the TPNW, which will enable the treaty to enter into legal force. ICAN is campaigning for this to happen within 1,000 days of the Nobel prize award ceremony. At the time of writing, 56 governments have so far signed the treaty with five having proceeded to ratification. [8]

Nuclear disarmament is no easy task – and the risk of some sort of war on the Korean peninsula remains disturbingly real. Yet the TPNW offers a credible route by which states can choose a way out of nuclear arms races that so threaten the world’s future.

Dr Stuart Parkinson is Executive Director of Scientists for Global Responsibility, and co-author of the SGR report, UK nuclear weapons: a catastrophe in the making?

3. The Guardian (2017). North Korea: US is 'escalating tension' with military exercises in peninsula. November. https://www.theguardian.com/world/2017/nov/13/north-korea-us-is-escalating-tension-with-military-exercises-in-peninsula 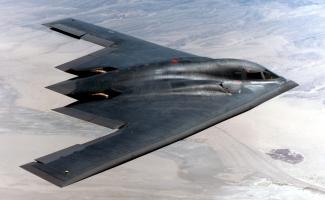