On Thursday (18 April), the European Parliament votes on a ‘compromise text’ on the European Defence Fund. This would be a significant break with past European policies, as military funding has until now been excluded from the EU budget.

The 1000 researchers warn of the consequences of an R&D programme for new arms technology. "The establishment of an EU military research programme points towards an unprecedented acceleration in the militarisation of the EU," says Dr Stuart Parkinson, Executive Director of Scientists for Global Responsibility. "Investing EU funds in military research will not only divert resources from more peaceful areas, but is also likely to fuel arms races, undermining security in Europe and elsewhere".

European weaponry is at the moment being heavily used by the Saudi-led coalition in Yemen. The war has, according to the United Nations, led to one of the worst humanitarian catastrophes in the world.

“It is shocking that at a moment when Europe is complicit in war crimes by sustaining one of the worst conflicts in the world, the EU now wants to pour money into the arms industry to make it even more competitive on global markets.”, says Bram Vranken from the Belgian peace organisation Vredesactie. “This is unworthy of a Nobel Peace Prize-winning organisation.”

The scientists warn of funding for controversial weapons, such as armed drones and killer robots. These so-called disruptive technologies have become a priority in the Defence Fund and are set to receive up to 10 percent of overall funding.

Recently there has been consternation in the European Parliament over the lack of ethical oversight of the fund.

“The EU is prioritising highly controversial research, such as the development of robotic weapon systems. Not only will this exacerbate a global race in such technologies, but this could also lead to an increase in arms exports to repressive regimes and fuel conflict,” says Dr Parkinson.

About Researchers for Peace

The sign-on statement for researchers – which calls on the European Union to stop funding military research – together with a current list of signatories can be viewed at:
https://www.researchersforpeace.eu/form/researchers-pledge-form

For more background information on the European Defence Fund, including criticisms, see:
http://enaat.org/eu-defence-fund

The European Union was awarded the Nobel Peace Prize in 2012 – see:
https://www.nobelpeaceprize.org/Prize-winners/Winners 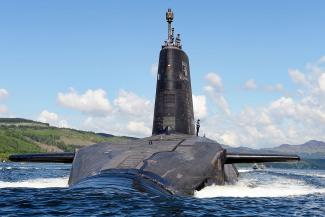