In light of The Trick, a new BBC drama about the “ClimateGate” hack of one scientist’s emails in 2009, Dr Liz Kalaugher, SGR, looks at how climate scientists today are banding together to speak out about their evidence and how urgently we need to act.

Back in 2009, shortly before the Copenhagen climate negotiations, emails belonging to climate scientist Phil Jones of the University of East Anglia, UK, were hacked and released to the world. In what they dubbed ClimateGate, climate denialists claimed the emails showed scientists had deliberately falsified the existence of climate change. In part, these claims focused on use of the term “the trick” to describe a neat way of analysing data.

Twelve years later we’re in the run-up to the COP26 climate negotiations in Glasgow and atmospheric carbon dioxide levels are higher. School children have gone on strike around the world and the UK public supports tough action on climate change. Now “The Trick” is the title of a BBC film (scheduled for 8.30 pm on 18th October) that explores the ClimateGate saga in the belief that the production may “correct faulty memories of the scandal, as reports of the findings that exonerated Jones and his team were not as prominent as the original claims made against them”. And nearly 300 scientists, engineers and academics who work in climate change around the world have signed the Science Oath for Climate, an online commitment to speak out on what their scientific evidence means for how quickly and extensively we need to act to prevent further climate change. There is strength, and perhaps safety, in numbers.

By being part of this cohort, signatories gain community support. The oath amplifies their voices too - in the run-up to COP, it’s vital to show that climate scientists and others expert in climate change feel the need for action is urgent, crucial and substantial. Given that scientists also commit to act as role models for change by making their individual behaviour more climate-friendly within the limits of our existing systems, the number of signatories is impressive. Let’s hope, for all our sakes, that the action that results from the COP26 negotiations in Glasgow is impressive too. 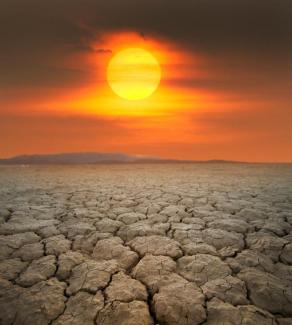